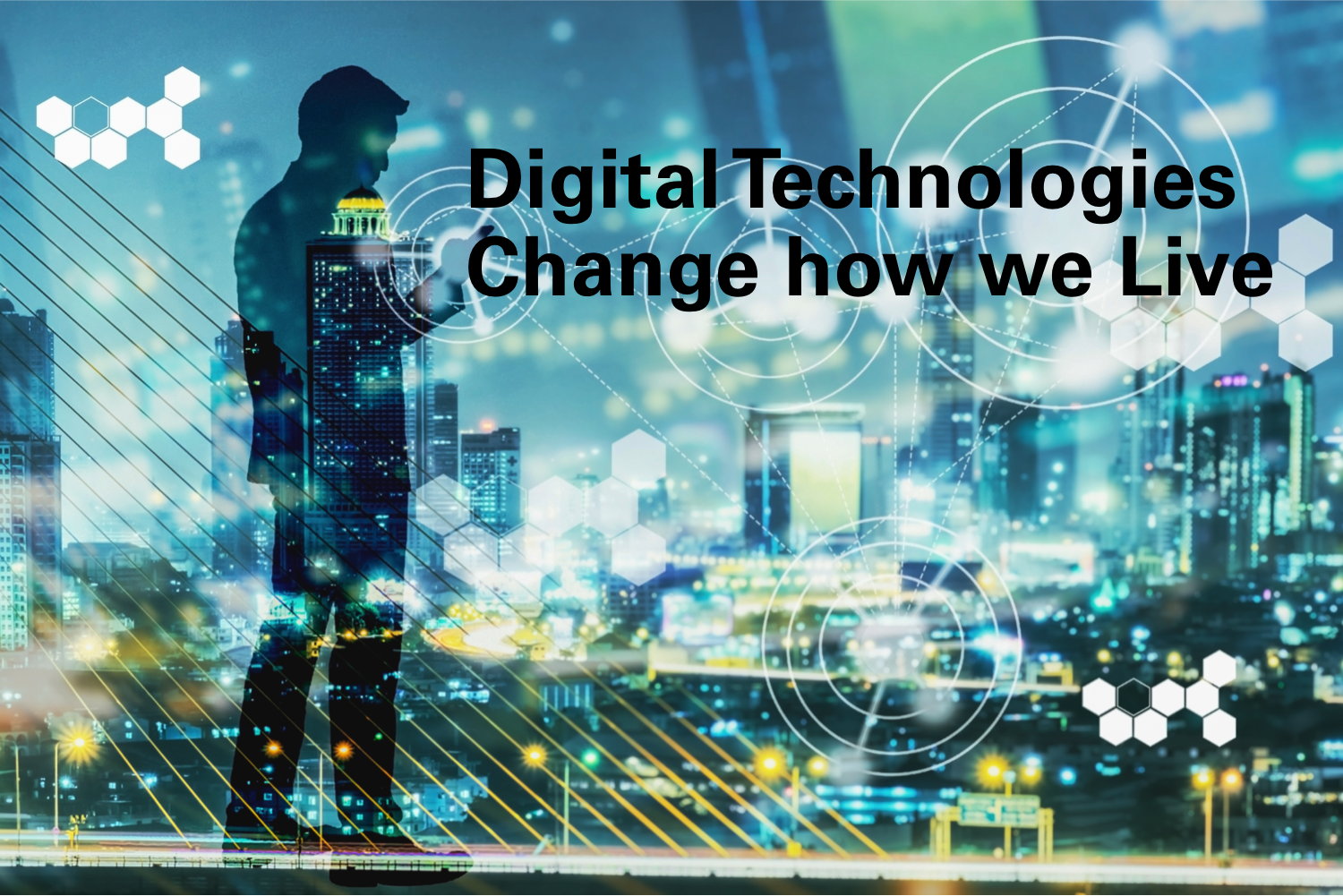 Two years ago I wanted to raise awareness for the digital revolution and its influence on our lives. So I invited digital startups as “Digital Lifestyle Showcases” to Startupfair. What has happened since? Did new digital technologies change our lives for the better? Or are there reasons to be scared of the oncoming digital tsunami? Time to assess for an update:

Some of the Startupfair showcases already transformed their field, many have grown into respectable businesses.

“Today’s confluence of new digital technologies, new devices and people’s lifestyle preferences is a revolution and offers vast opportunities for innovation, new businesses, and a better life”, is how I started my post two years ago. And fundamentally nothing has changed: Moore’s law continues to advance miniaturization, which in turns allows for ever smaller devices with ever larger capabilities! And with this, new digital technologies are being adopted by more and more users for many different applications.

What developments have we seen, what impact did new digital technologies have on our lives?

I invited 9 startups to show  7 different areas of our lives that would be improved thru new digital technologies. These were the areas and the startups: 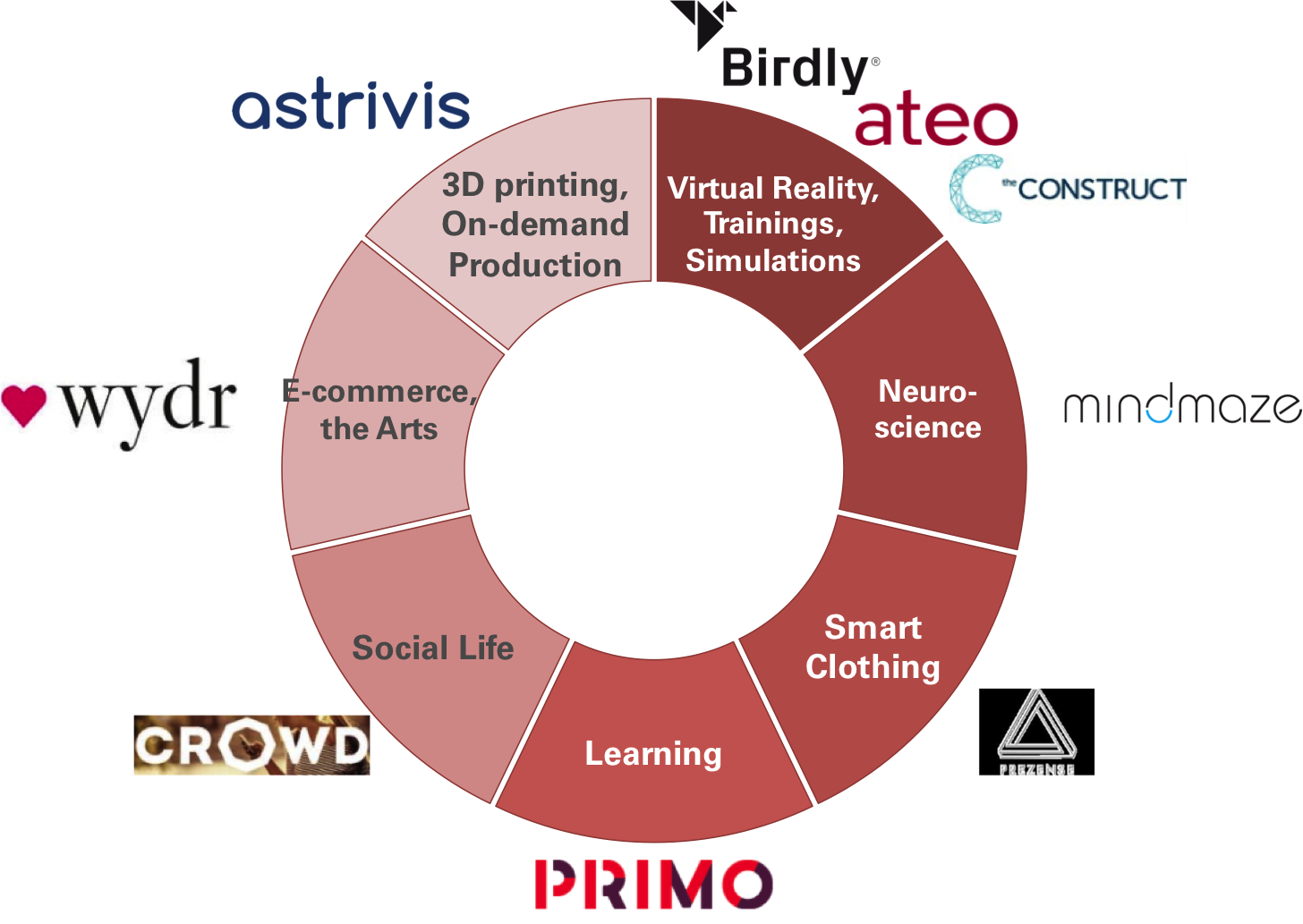 No contest – VR and AR have become mainstream! 5 years ago I regularly said in presentations: “The computer industry does not bring out new chips because of Excel. They do it because the gaming industry is pushing the envelope”. Some in the audience laughed because they didn’t get it: The gaming industry has completely changed the user experience: Movies in 3D are now the standard – period. High end headsets such as Oculus Rift or Microsoft Hololens are not only used for personal video game playing, but increasingly for professional use. VR and AR are ideal for trainings and simulations and one has to wonder why this didn’t happen earlier: Pilots have been training in realistic simulators for a long time – now thanks to VR and AR technology, simulators have become affordable for many more trainings and an entirely new industry was created in the process. Two examples of digital showcases at Startupfair:

Birdly, has demonstrated their flight simulator all over the world and won many prizes. The team is now commercializing Birdly thru their company Somniacs. This video shows the recent demo at SXSW 2017 in Austin, TX:

Mindmaze went on to become the first Swiss unicorn startup in February 2016. They use neuro science, digital technologies and VR to retrain damaged parts of brains, e.g. after a stroke. In this way patients can recover much quicker than previously ever possible: What a perfect application of new technology to improve lives! And Mindmaze can read a person’s brainwaves to determine their emotions, which could add emotions to playing VR video games.  This video of ABC7 San Francisco shows how the technology works: 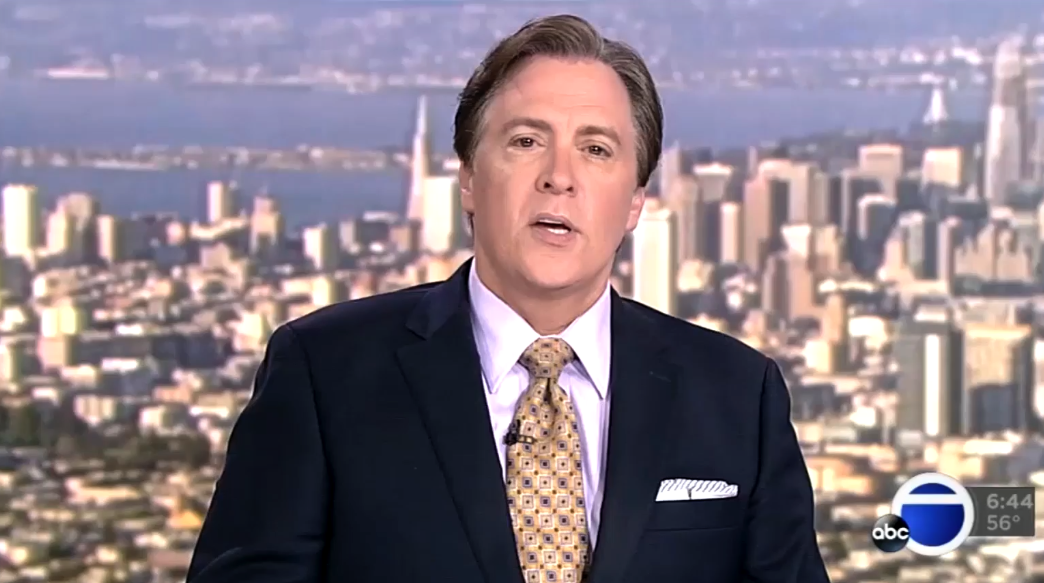 Educational technology is thriving thanks to digital technologies – making more teaching materials accessible online (e.g. Coursera) but also enabling new immersive learning formats, e.g. by including virtual or augmented reality elements (e.g. see this lecture on the geologic history of the Rocky Mountain National Park by Oregon State University professor Eric Kirby). At a conference this spring a fellow panelist said that the most popular service used on wireless broadband internet deployed in rural Minnesota was E-learning: New technologies enable more equitable access to education for those who were at a disadvantage before. The potential is enormous and I can’t wait to get more of this! Here are some of the hot EdTech companies according to Touchstone Research:

I selected PRIMO as a digital showcase to demonstrate how digital technologies could enhance the learning experience but at the same time I wanted to show that there were new skills which should be learned in the same way as reading or writing or calculating. Primo’s “Cubetto” helps children understand programming in the same way a Lego kit helps them understand construction.

One could say the same about shopping: It’s changed. But it is not that simple: While a lot of shopping has indeed shifted to the internet (51% of purchases in the USA are now made online according to Fortune), there are still entire industries waiting for a suitable digital way to to transform selling: Doctors, massage therapists or the arts customer experience still works very much unchanged as always. The unwillingness of these industries to change represents an open invitation to the digital technology disruptors and is a very dangerous  business attitude. How to capture the new buyers with a customer experience they like? Here’s

WYDR, the arts market digital showcase I invited to Startupfair. TechCrunch described them as “Tinder for buying art” and that is exactly how the app works: Browse thru art, swipe one way if you like, the other way if you don’t. Wait for the app to learn and show you more and more art you like. Buy the art you like. That’s it. WYDR is doing very well and this year, they made it into the global top 50 startups on Startupgrind. Here’s the pitch at Startupgrind Global 2017 by Matthias Dörner, one of the two founders:

Our social life has of course been completely transformed by Facebook, Twitter, Tinder etc. But the change goes much further and much deeper: We changed how we live our lives because we accepted digital technologies. One example is the fact that already 40% of Americans use an online dating site, and already 20% say their current committed relationship began online (according to e-harmony). One other example is how the next generation will plan the use of

their time as the born multi taskers and social butterflies that they are. I invited CROWD to show their mobile-first solution to making social plans with lots of digital native friends.

Whilst fitness tracker wrist bands and smart watches with sensors have become pervasive, I haven’t yet seen the real smart clothings arrive. Clothes that go beyond tracking the heart rates of joggers (a watch is just fine for this unless you’re training for the Olympics). Clothes that incorporate the sensors rather than having them glued or sown on. And clothes that solve a previously insolvable problem. Such a concept was shown by Hannah Lea Dycast at Startupfair: A shirt with sensors measuring electricity flows in the spine on specific frequencies to detect stress levels. The shirt was to detect when drug rehab patients experience the urge to reach for drugs and to alert them (or their therapist) via a smart phone app. That would make a lot of sense and I could think of many many similar applications. Not sure why so little progress has been made and why we are still confined to only somewhat clothes only for fitness use for only those who have all the gadgets to track and communicate their workouts anyway… Where are more serious medical applications like the one above? E.g. the wristband warning me before I fall asleep at the wheel? Or the party shirt that warns me and alerts my friends of my rising alcohol level before it is too late? There is so much more potential in smart clothing!

This is one of the hottest areas in digital: How to reproduce a real-life artifact as fast as possible. And there are many attempts, although I don’t think there is one that is working really really well yet. To take a photo with a smartphone photo and send it directly to production on e.g. a 3D printer is one of the most interesting uses and Astrivis specializes exactly in this step (at the time of Startupfair the company was called “Aquilaviz”).