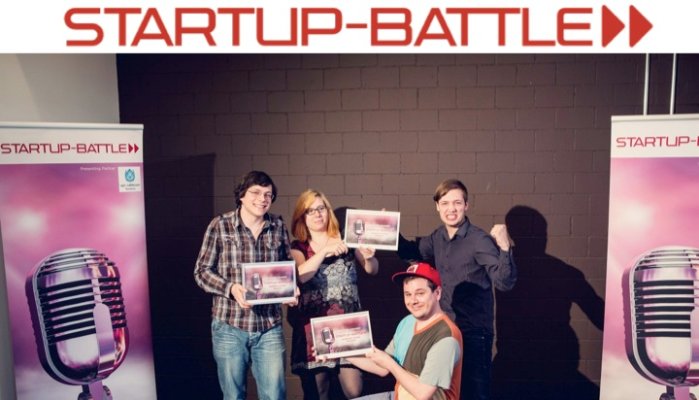 Swiss startups are often too modest compared with their international peers

Gert Christen, CEO of Startzentrum Zurich and founder of the national Swiss Startupfair: “Entrepreneurial thinking must be learned earlier.”

Courage to take risks is a challenge for Swiss society

The decision to remove the support for the cap on the Swiss Franc exchange rate against the Euro, and the unexpected popular vote to restrict so-called “mass immigration”, continue to occupy the news in Switzerland. In addition, ominous news about the industry and the downgrading of growth expectations, are heating up discussions about Switzerland as a competitive country. These negative news seem to drown out the positive impulses coming from innovating Swiss startup companies. Studies see Swiss startups among the most innovative in the world. However, even with such a high ranking, some discomforting deficits are showing upon closer examination – Swiss modesty and perfectionism, are but two of them.

Modesty, very well paying jobs as an alternative, and the lack of business ambitions are hampering the appetites of the Swiss entrepreneurs to take risks. What is worse, failing as an entrepreneur carries a stigma in the Swiss culture. These are the conclusions of a study by the World Economic Forum (WEF).

At first glance, the findings by the WEF regarding the lack of appetite of the Swiss entrepreneurs to take risks, are in contrast with the high level of innovation in Switzerland, which again, won the top spot in the Global Innovation Index (GII). „The conditions for Swiss startups to be among the best in the world are fundamentally close to ideal“ states Gert Christen. However, the Swiss are lagging behind when it comes to building commercially successful companies. „Our startup entrepreneurs must become bolder and enter markets more aggressively.“

American startups, for example, are introducing products and services into markets fast, even sometimes when these products are not yet perfect. This is due to the culturally-strong anchoring of the entrepreneurial spirit in the USA, where entrepreneurial thinking is promoted as early as middle school. According to Christen, the Swiss are often too restrained and too modest in comparison.

“Swiss schools and universities have to assume this responsibility. Pupils and students must be made familiar with entrepreneurial thinking and be encouraged to act accordingly. I have seen promising Swiss startups with convincing ideas that failed. Because of the Swiss tendency for perfectionism, they repeatedly postponed their launches. In the meantime, a foreign competitor acted fast and as a result, he took the market. We have to reconsider and change our approach to entrepreneurship as a society, stay a global hub for innovation.”

Christen sees another need for action: In his opinion, Swiss investors are too cautious in financing startup companies. Whereas, it is generally possible to secure funding of up to 500’000 Swiss Francs, Swiss startup entrepreneurs find it very difficult to secure financing rounds exceeding this amount. Christen: „Beyond this threshold, the young entrepreneurs typically must secure additional equity in small steps. This negatively impacts the speed of implementation, absorbs a lot of time of the founders and consequently delays the market entry.” Christen points to the root of the problem: “The Swiss often lacks the courage to dare to risk. And this is valid both for the startup entrepreneurs being too hesitant to enter markets, as well as for the investors who invest bit by bit in small rounds. In Silicon Valley on the other hand, good projects find financing fast and in large rounds”.

Startupfair to break the spell

Startzentrum Zurich created Startupfair, the only Swiss national convention for startup entrepreneurs. It is a platform for ambitious startups to present themselves to a large audience, and to learn to persist. The event promotes the exchange among young entrepreneurs, service providers, industry partners, universities, investors, the media and the public at large.

In addition, Startupfair is about creating a competition for the best business ideas. Startup companies pitch their projects during “Startup-Battle” in front of a live audience, and a jury composed of experts to win the title of “Startup of the Year

2015”. Gert Christen says: “The young entrepreneurs do not only have to convince a high-calibre jury of their concept, but they also must outdo the other pitching projects. Modesty does not win such a Startup-Battle! As the only public event of this kind in Switzerland, we are increasing the visibility for the participants. At the same time, we let the public see the innovative power of the Swiss startup scene”.

Startupfair takes place yearly, and is the only event to assemble the entire ecosystem of the Swiss innovation and startup industry. Startupfair creates the platform where startups and investors can meet more easily, and where the Swiss public is able to discover innovative young entrepreneurs, who are the driving force for the future of this country.